Pole Lukasz Pawel Herba told Italian police he belonged to gang called Black Death and then that he had leukaemia, say local media 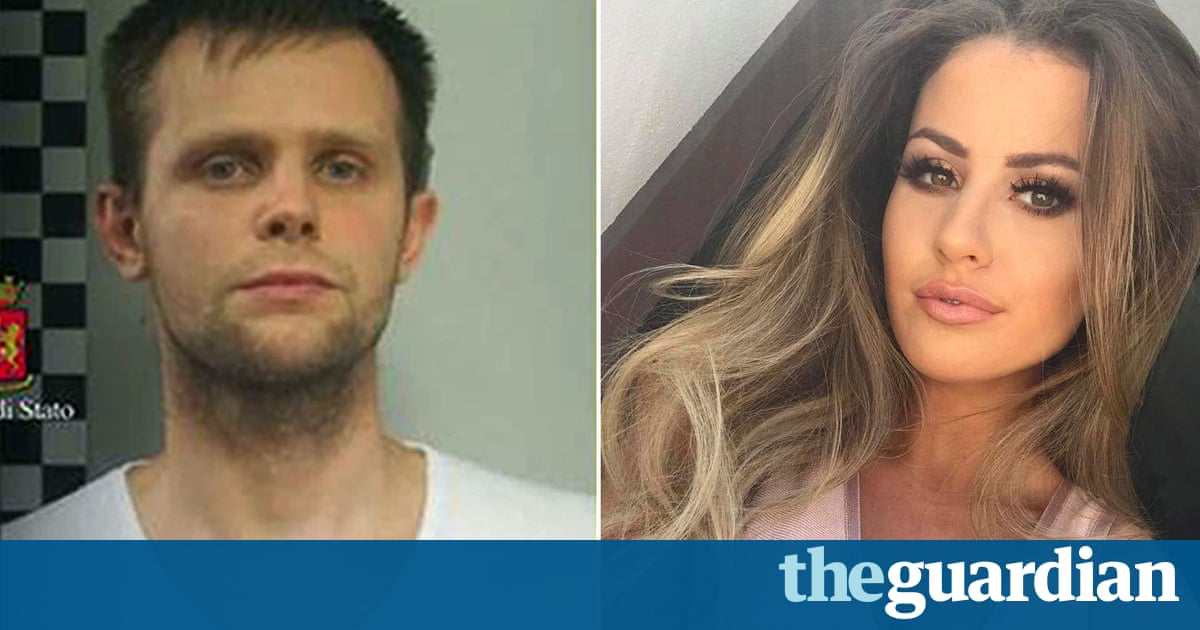 The man accused of working with an international crime gang to kidnap a British model and sell her into slavery in an auction on the dark web has been described by Italian police as a fantasist.

Lukasz Pawel Herba, 30, is alleged to have attacked Chloe Ayling when she went to Milan for a photoshoot last month. The 20-year-old told police she was drugged and held against her will. Upon her release six days later, she said she was told a gang called Black Death had been behind her abduction.

Herba was arrested after taking Ayling to the British consulate in Milan. He had allegedly planned to sell her for more than 230,000 and demanded a ransom from her agent.

It has been reported that Herba, a Polish national who lives in Britain, handed Ayling a business card advertising the Black Death gang and asked her to publicise the group as he let her go.

Lorenzo Bucossi, a Milan police official, said: The demands for a ransom were sent from his computer whether he was operating as part of a group, or made it up, we cant say.

Herbas account to Ayling and the police also appears to have twisted and turned. Officers were quoted by local media as describing him as a dangerous person with traces of mythomania.

Despite his reported claim that he belonged to the gang, Herba is also said to have told police he had leukaemia and, desperate for money, came into contact with a group of Romanians in Birmingham, who pressured him into involvement in the kidnapping.

Europol said on Monday it had only one mention of a gang named Black Death on its database, which did not necessarily suggest it existed. A spokesman said the information had been passed to one of Europols members, but declined to elaborate.

Police in Italy said they were looking for at least one accomplice, thought to be his brother Mikail Herba, although they would not confirm the identity of that person because the investigation was ongoing.

The UKs National Crime Agency (NCA), which is helping with the investigation, indicated that it was not common to see cases of human trafficking organised over the dark web sites that are not accessible via mainstream browsers and search engines.

The agency does not list dark web auctions of human beings among its primary threats in relation to human trafficking, though it does say that the use of online marketing of sexual services is becoming increasingly prevalent.

It also emerged that Ayling was taken shoe shopping during the period she was held captive. Francesco Pesce, her lawyer, said she was under what he described as psychological subjugation and was made to believe that other members of the gang would harm her if she tried to run.

Chloe told me that she was very scared and wanted to do everything she could to go along with everything in order to make [her captor] release her. Its understandable, she was scared. I believe she was being brave, she was with a captor and didnt know what to do. She stayed calm. And now she is safe and with her family, Pesce told the Guardian.

Aylings agent, Phil Green, of Supermodels Agency, said she was being debriefed by the Foreign Office and police on Monday.

Today, Chloe is unavailable for interview because she is partly doing the debriefing with the Foreign Office and the police, and then would like the rest of the day in privacy with her mum.

She hasnt been home 24 hours yet, she has been surrounded by press ever since she arrived, and after her ordeal, they maybe need to respect the fact she does need some time alone.

He said Ayling had been kept in Italy by local police for weeks after her release.

The NCA said it had carried out a search of a house in Oldbury, in the West Midlands, that was linked to Lukasz Pawel Herba. The agency added: Computer equipment seized is being forensically examined.