If you’re born on an airplane, is your nationality up in the air? 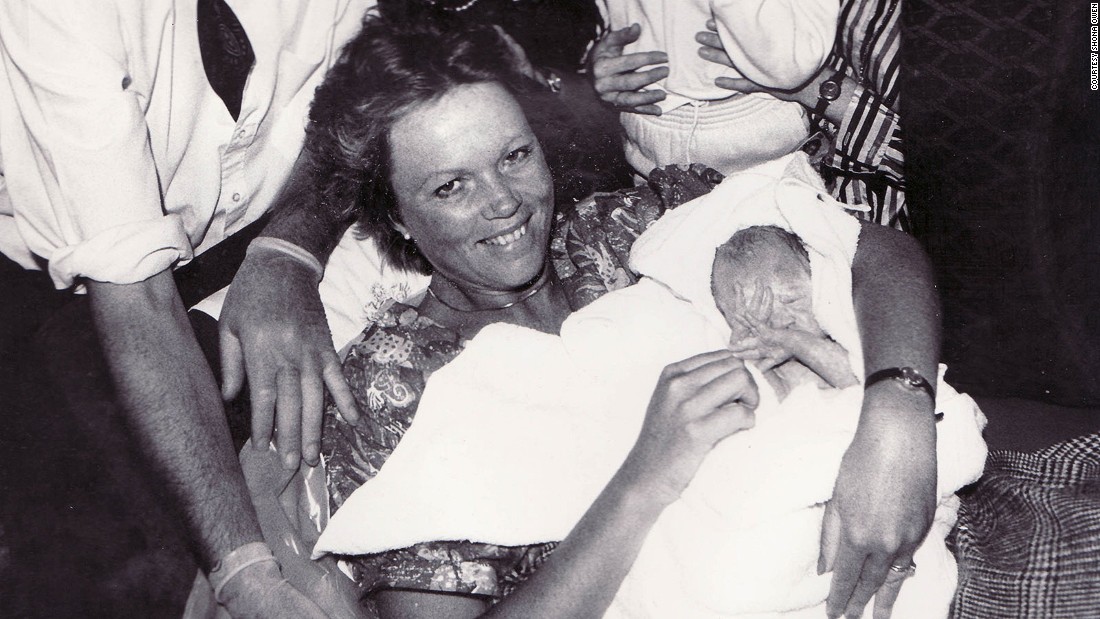 (CNN)Renewing a passport and border checks are not the easiest of tasks for Shona Owen thanks to the unusual location of her birth. About 36,000 feet in the air.

Owen is one of a small community of people who made their entrance into the world in this most dramatic of ways.
In 1990, Shona’s heavily pregnant mother Debbie Owen, accompanied by 4-year-old daughter Claire, was flying from Ghana, where she worked, to London on a British Airways flight. Unexpectedly, she went into labor.
She was moved into first class, which was cleared of passengers and an announcement was made for anyone with medical training to come forward.
The expectant mother was in luck.
Dutch doctor Wym Bakker, who had been helping women give birth in the bush in Ghana, was also on board. Fearing being left alone with a new baby and Claire if the plane was forced to land in Africa, Debbie tried desperately to hold on until the plane reached Europe.
On approach to London’s Gatwick airport, with the blinds drawn, soft music playing, her very own doctor and cabin crew on standby, Shona Kirsty Yves spelling out the initials SKY was born, increasing the passenger list by one.
“I’ve always been told I was born to travel, and I am working in the travel industry at the moment,” says Shona who now works as an online marketing executive for a luxury tour operator. “It’s quite a good story, and it’s a good ice breaker.” 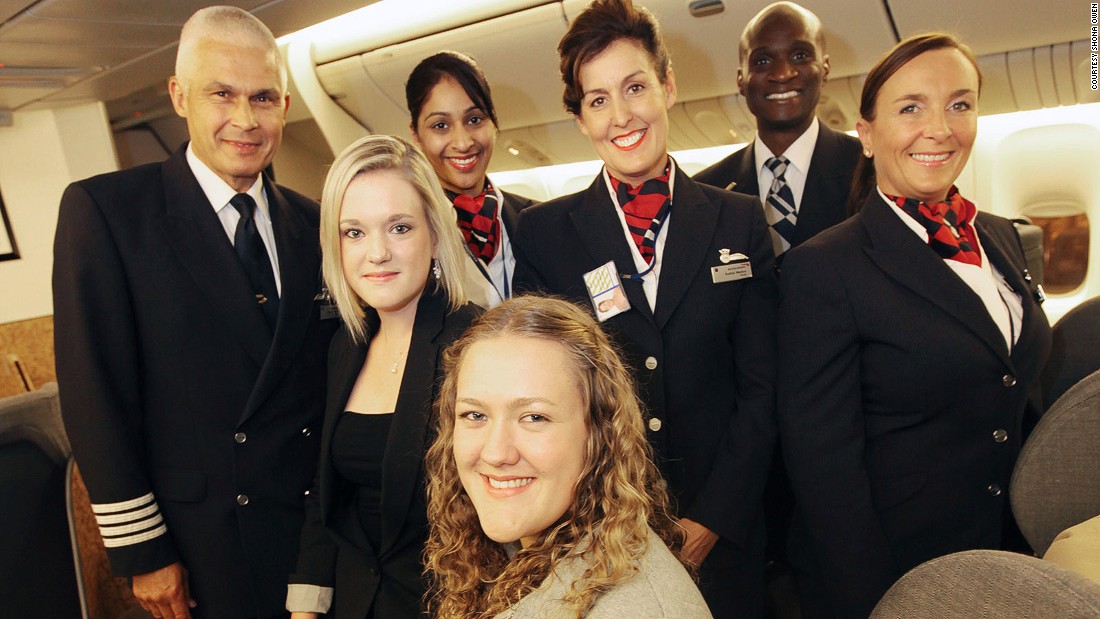 It also became a topic of interest for Shona who decided to focus on the subject for her dissertation while studying for a masters degree at London’s Goldsmiths University.
“When I do tell the story, I’m always asked how rare is it? Or how many babies have been born on a plane? And I didn’t have an answer,” she says. “So when I did my masters I thought this is my great opportunity to spend six months researching to see how many of us there were.
“It was really interesting reading all these stories and to talk to another person who was born on a plane.
“My mother has met another lady who gave birth on a plane, I have talked to the pilots and it’s kind of creating a community of us.”
She also came into contact with Debs Lowther.
Lowther gave birth to her son Jonathan, just four months before Shona was born, on a British Airways flight in remarkably similar circumstances while flying back to the UK from Malawi.
Most airlines don’t keep records of births so statistics are hard to come by, but Shona’s story is rare as airlines have rules safeguarding women and their babies.
Though it varies, most carriers allow expectant mothers to travel until they are 36 weeks pregnant but from 28 weeks onward, a signed letter from a doctor or midwife confirming the due date is required.
Nevertheless, it does still happen.

Nationality up in the air 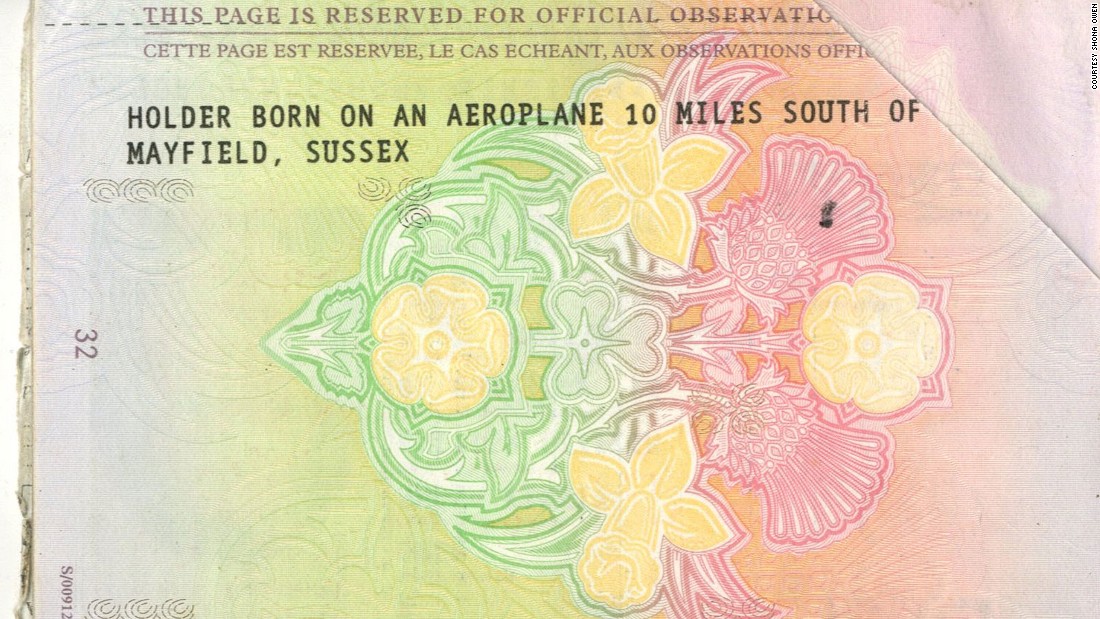 In May 2015, Ada Guan and Wes Branch were flying from Calgary to Tokyo when Ada gave birth over the Pacific Ocean.
This was a big surprise for the couple who had no idea she was pregnant.
Guan had seen a doctor before heading for a vacation in Japan and, after gaining weight, had even taken a pregnancy test which came back negative.
There were several doctors on board who offered help and the newborn, named Chloe, was born before the plane landed.
One of the issues that arise in cases of babies born in the air is nationality.
In October 2015, a mother was flying from Taipei to Los Angeles when she went into labor six hours into the flight, eventually delivering a healthy baby girl with the help of a doctor who was also traveling.
Later, she was criticized as speculation in Taiwan mounted that the woman had intended to give birth in the U.S. so that her baby would be given citizenship.
Citizenship laws differ depending on the country. For example, in the UK, citizenship is not automatically conferred to those born in Britain.
In the United States, even a child born in the country’s waters or airspace is a U.S. citizen by birth in accordance with the principle of jus soli (right of the soil) — that’s the right of anyone born in the territory of a state to nationality or citizenship.

Popular rumor claims that people born on airplanes get free flights for life.
Any truth in that? 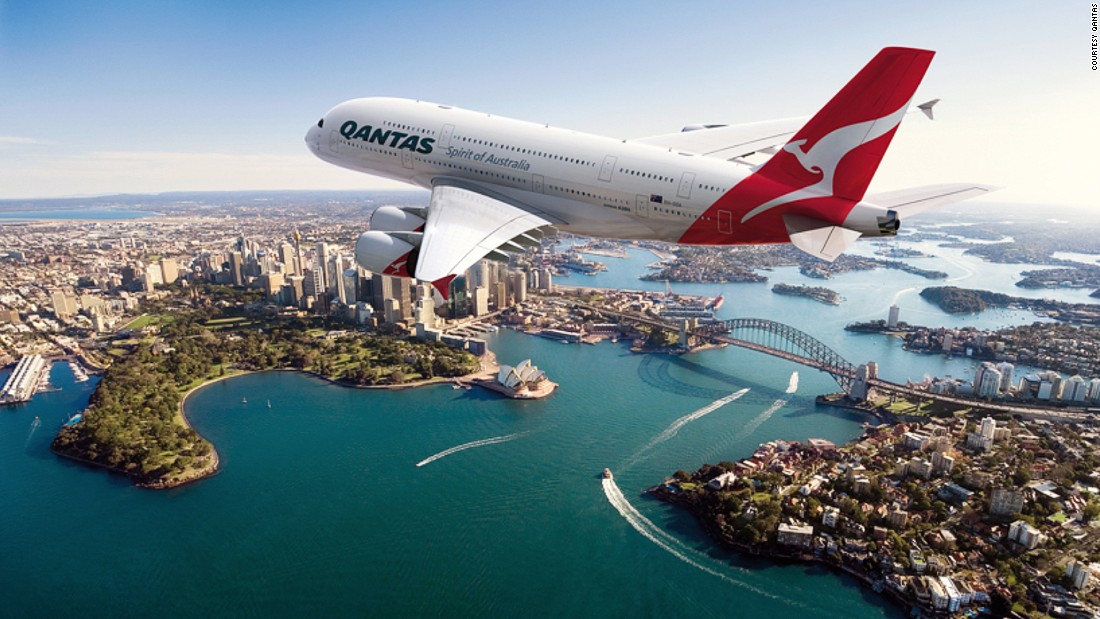 Sadly, it seems to be something of a myth.
Very few airlines are known to have granted a newborn free flights for life.
The only carriers to have done so are Thai Airways, Asia Pacific Airlines, AirAsia and Polar Airlines. Virgin Atlantic granted one baby free flights until the age of 21.
Shona, meanwhile, received two free first-class flights to Australia on her 18th birthday, enabling her to visit her grandmother.
She was later used in an advertising campaign for the airline.
Was she disappointed not to get a lifetime’s supply of free travel?
“It would have been nice but from an airline’s perspective, it’s slightly dangerous to give birth on a plane and it’s not this wonderful celebration.”
But if airlines do start to feel generous, she’s adamant that it’s the mothers who should benefit, not the babies.
“My mum is the one who went through it all so maybe she should get the free flights not me.”

This article was posted in Design and tagged aviation, Born on an airplane: Is your nationality up in the air? - CNN.com.
Scroll up